The Liminal Albums of the Year 2011 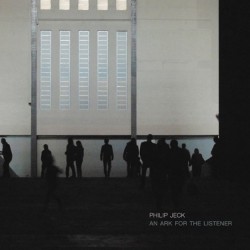 I’m hugely sceptical of critical consensus. This year, more than any other, it feels like many “albums of the year” lists are dominated by the same names, as if many so-called critics are too busy listening to each other rather than listening – really listening – to music. What galls most is the way these lists are often presented, without qualification, as being “the best music”, yet it is clear that certain genres of music are in fact excluded from consideration, as if a jazz album, say, somehow can’t possibly be worthy of any sort of accolade. So because they aren’t willing to invest the time, to invest themselves into listening more widely, and particularly to music which isn’t immediate, they do a disservice to the reader. Between us here at The Liminal, I’d like to think we’ve covered a broader spectrum of music than most, but we take our time, and listen closely. So how can we possibly have listened to enough to reach any sort of definitive conclusion? This is, simply, a list of the best music we’ve come across this year. Looking at this list, you could conclude that 2011 has been a good year for music. But then again, isn’t every year – if you listen hard enough? Scott McMillan, December 2011

For his second album of 2011, ex-Yellow Swans man Swanson mapped analogue fuzz, guitar and synth squall onto insistent pulses with intuitive flair, drawing out the most visceral and affecting elements of both noise and dance music. Filled with bubbling, blistering high-ends struggling against thudding kick drums, the record’s warehouse-rave-gone-wrong atmosphere is thick and claustrophobic, while its live sounding execution adds an extra feverish edge. There’s no escaping the onslaught, yet the overall effect is one of almighty, if masterfully controlled, catharsis. While it could superficially appear messy and overloaded, Man With Potential crackles with genuine emotional charge; it’s heavy, no doubt, but never heavy-handed.

The latest release from Liz Harris came in two vinyl parts, with an unexplained hole in the centre. It felt like a torn Polaroid, a memory both fuzzy and faded, and rent apart by some major trauma. Those words that you can haul out of the mire (particularly on the first half Dream Loss) are terrifyingly dark, fixated on death and black shapes, desperate and haunted. Other people are – almost until the end – notable by their absence, and the huge reverb only adds to the epic sense of loneliness. The combination of Dream Loss, Alien Observer and the unspoken, implied centrepiece has an emotional trajectory and power that few records can match.

Moving away from straight-ahead dub techno, Andy Stott created a singular new sound for himself on this pair of masterful EPs. Passed Me By plucked genre signifiers from dance music’s past and present – disco thump, soul swoon, the staccato twitchiness of popular R&B and hip-hop – and submerged them under abominable bass weight, before exhuming the tiniest traces of hooks and grooves. At once murky and exquisitely spacious in design, this was a sound that kept drawing us back in to uncover more of its curiously half-hidden riches. We Stay Together was arguably subtler and certainly denser with even less to immediately hang onto. Rhythms lurched and chugged away and the barely tangible fragments of its predecessor were stretched into drones and buried even deeper.

Tom Lecky’s debut album, The Union, is situated at the intersection between landscape and memory, and runs like an extra-linguistic tone poem, the product of both an intense period of remembrance and a sustained, forgetful self-listening. The tracks, all improvised, are built from layered acoustic and electric guitars and subtle grainy electronics, and are tactile, thicket-like wefts of sound through which the inner-listener picks and turns. At times the atmosphere created is closer to weather than music – think of the play of light on landscape, of humid upstate afternoons; and, in places, there is a curious sense that the listener is party to the very process of memory itself. It is an album that elucidates poetic concepts of self and memory and yet sidesteps the normal modes of communication. It deserves your attention.

Tragedy is something of a labyrinth – a labyrinth of signs and portents, dense with allusions, sonic, literary and otherwise. It is an imposing prospect.  Holter has been active within the Los Angeles experimental scene for a number of years and Tragedy is steeped in the sound of the modern American Gothic – it references Bartok, Laurie Anderson, Badalamenti and Julee Cruise, Liz Harris. On initial listens it felt too perfect, a beautifully wrought bagatelle. But Euripedes-referencing title aside, multiple listens have revealed a depth to it, and the crucial feel of age. It will endure.

The latest album from Matana Roberts is a huge ensemble piece, featuring 15 musicians, and it is the first recorded part of a 12-part suite exploring Matana’s ancestry, her peoples’ ancestry and what she calls a ‘childhood fascination with ghosts, spirits, spooks, and the faint traces of what they leave behind’. It has the feel of a major work and it doesn’t feel hyperbolic to mention it alongside the likes of Max Roach’s Freedom Now Suite and Archie Shepp’s Attica Blues and The Cry of My People.

Over the last thirty years, Ellen Fullman has continued to develop her mastery of her Long Stringed Instrument, and just intonation: from within logical, mathematical structures, she creates a deep emotional resonance. On Through Glass Panes, her long strings stretch right back through the twentieth century, and build many wonderful connections, from modern composition right back to Geechie Wiley’s 1930 recording “Last Kind Words”. Fullman’s place in that continuum should by now be assured.

Eye Contact is the best yet from a band who are in so many ways the quintessential zeitgeist catchers, effortlessly amalgamating myriad modern genres into their own, tirelessly experimenting while edging ever closer to becoming a bona fide pop group. It’s also a signal that we should expect and perhaps demand more from our avant-garde, our pop, our hipsters.

Ravedeath 1972 is an immense and awe inspiring record. It’s a noise record that isn’t a noise record. Over the last year it has rumbled, ached and fed into every fibre of my being. I feel like I’ve borne witness to something incredibly important. Like I’ve stumbled across, in person, the warning signs from the Book of Revelations. It’s felt like a religious experience. It’s a sublime noise, a wonderful ocean of music in which you can completely immerse yourself.

Garten der Unbewusstheit is reputed to be elusive Osakan ur-sludgers Corrupted’s final record. If so, what a closing chapter. Built from just three tracks, two of which brush the half-hour mark, it is a thing of planetary heft, of monumental drama, and yet it possesses a lightness of touch, a levitating beauty that marks it out from the rest of their remarkable catalogue.

13. Gillian Welch, The Harrow And The Harvest (Acony)

15. Michael Chapman, The Resurrection And Revenge Of The Clayton Peacock (Ecstatic Peace)