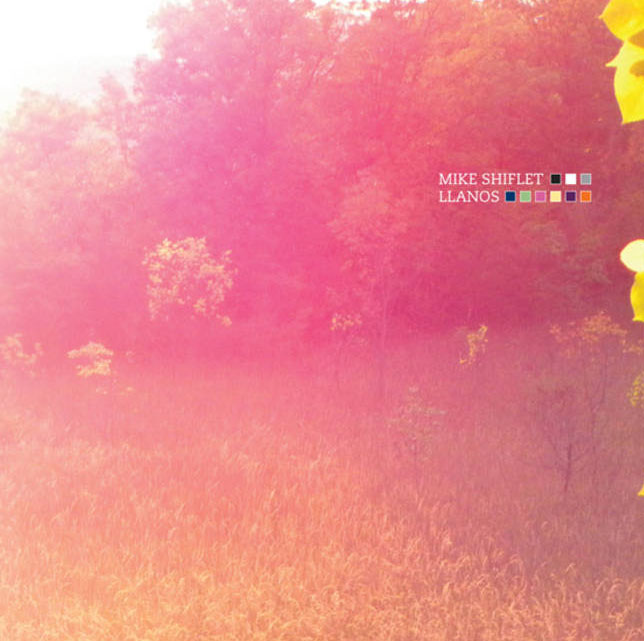 There is a frequency in ‘Antrim’, Llanos’s first track, that you feel in the roof of your mouth. Around 300Hz, it pushes upward into the skull and takes residence. It is at once the feeling of sound as it is the feeling of cold, or of losing something precious. What has gone has gone, but the phantom sensation digs deep into the body.

Pure “noise” permeates Llanos. It is its clay, and Mike Shiflet sculpts his grainy sounds throughout the six tracks, making noise an architecture of desire and feeling and thought. Memory pervades the distorted, oscillating static: fragments of melodies behind the buzzing surface, memories from a past that is now present only in contorted form. Imagine looking at an album of photos of yourself in childhood through a cracked window smeared with grease.

Shiflet hails from Columbus, Ohio and a number of these pieces are named after local places. ‘Antrim’ is a rural area east of Columbus. ‘Web Over Glen Echo’ references the neighborhood in Columbus’s northern part of the university district. Place seems to play an important role in these pieces, seemingly as much as memory: in a blog post from December 9, 2009, Shiflet posted the image that is now the album’s cover, writing “I took the above photo back in September and it’s image has continued to pop into my head on a regular basis since. I decided recently to use it as the inspiration for a new work as — similar to the images used for my Ichinomiya CD — it doesn’t appear to have any intention of vacating my memory’s forefront. Last night I printed it out, stuck it above my studio computer and decided I should share it here as well. ” That meadow, seen in a fleeting moment of blinding sun names the album’s longest track. It builds out of static a rhythmic structure of hermetic power, and clacking percussion deep in the mix reinforce its form.

Shiflet’s tones give the sensation of washing clean whatever clutters you. There’s perhaps an irony there, that the dirt of noise is what washes the day away. But anyone who has ever rolled in a mud puddle as a child will know the magnificence of corrosive play. Llanos is an aural exfoliant, like coarse sandpaper that makes wood smooth. The title track, presumably referring to the tropical grasslands to the east of the Andes in Colombia and Venezuela, captures a bit of the climactic extremes known there.

When ‘Sunbathers’ enters it assaults the oscilloscope. Its blistering boulder field of static only partially hides a steroid-fueled guitar figure: Tony Iommi tones in slow motion, three notes drawn out along an excoriating horizon. Squeaks bubble forth, a treble blast against bass(ness), pulses emit and blow your hair back. This will cleanse you, but you’ll feel more like you do an hour after you left the mud puddle and were sitting on the tree stump– ecstatic that it occurred, but maybe a little cold and unnerved. I imagine a microphone sucked into an airplane engine might capture something like this.

‘Web Over Glen Echo’ changes the perspective. A wash of airy sound opens with a bell-like overtone and for half the tune blisses us until its minor flux in the middle. Shadows appear again, not in the form of a noise assault, but melodically. Memory glides into different corners of place and time.

Something happens throughout Llanos. Its a very real and tactile thing, but like all of the best things is unnamable. The last track, ‘Gunpowder (for Raglani)’ identifies all of Llanos’s ingredients and paces them together. The visceral tone of ‘Antrim’ is replaced with something akin to unadulterated pleasure: one that has no specific end other than itself. The noise is there, as a piece. A rolling melody is there, as a piece. What is not there is expectation of something else. It stands without guile as something beautiful. If only all things could be that way.