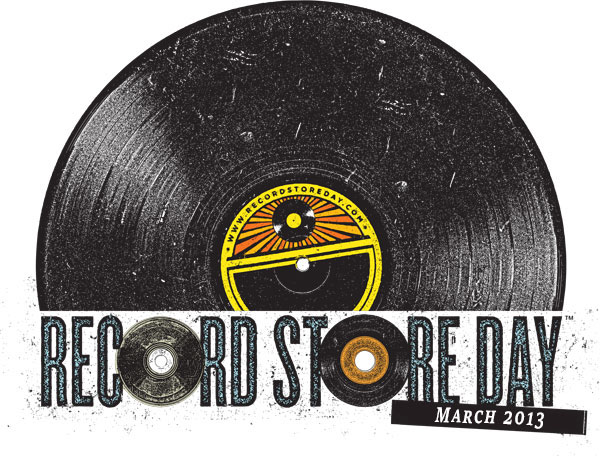 Gizeh Records continue to probe the fine lines between drone, dark ambient and modern composition on this second release by A-Sun Amissa, a duo of guitarist Richard Knox and string player Angela Chan, augmented here by Gareth Davis on bass clarinet and extra guitar from Owen Pegg. A title like You Stood Up For Victory, We Stood Up For Less evokes the intense post-rock of Godspeed You! Black Emperor, and A-Sun Amissa share some of the Canadians’ moody vibe, but explore sound in more intricate and atmospheric ways across two side-long pieces. Knox and Chan take time to build these compositions, opening with hesitant and mournful guitar arpeggios and softly swirling viola and violin drones, often pitched at different volumes to open up a wide sonic vista. As the pieces develop, so does the intensity, Knox’s guitar becoming more seething and blunt, although they never descend into full-on free-for-all, instead holding the atmosphere delicately in balance between light and darkness. The best of the two tracks is ‘Part Two’, where Knox and Chan’s ghostly melodies are bolstered by Davis’ haunting, at times abrasive, clarinet. There is a wealth of detail across both pieces, but You Stood Up For Victory, We Stood Up For Less is most enjoyable if you take it in as a whole, and allow A-Sun Amissa’s spectral majesty to enfold you like a slightly chilly, unsettling but ultimately reassuring blanket. [JB]

OK, so Life Coach wear their Neu!/La Düsseldorf influence so prominently on their sleeves that said sleeves could well have been woven out of Klaus Dinger’s hair, but pastiche is enjoyable when done this well. The title track of this album chunters along at a properly motorik pace courtesy of former Mars Volta drummer Jon Theodore, whose languid, elegantly repetitive drumming serves as an unrelenting platform for Phil Manley and Golden Void guitarist Isaiah Mitchell to weave seamless solos around one another, snaking ever upwards. It might sound like a souped-up cover of ‘Hallogallo’, but damn it’s effective! Most striking about Alphawaves, though, is the way in which every track blends into the next, resulting in a unified tapestry that moves effortlessly from nocturnal ambience and graceful post-rock on ‘Limitless Possibilities’ to bleak psychedelic drone on closer ‘Ohm’ (imagine a guitar-driven Tangerine Dream in their Zeit period) via rambunctious funk-rock (‘Fireball’), feedback experiments (‘Life Experience’) and hints of proggy classic rock on ‘Mind’s Eye’. Forget the naff cover, Alphawaves is rock done well, where the band’s clear influences are expertly processed into something altogether its own. [JB]

During the recording of this album Lynch has been studying towards a PhD in Anthropology and Ethnomusicology at the University of Wisconsin-Madison. His exposure to different music and cultures as part of these studies has reflected back on his own music. There are peculiar arrangements and textures in the sound here that feel out of place in the wider context of his contemporaries. ‘Horse Chestnut’ chirps with reed instruments accompanied by a trotting bass-line illustrating a series of rolling hills, the chirps twisting into something more jagged as the piece continues. The title track begins with Lynch’s trademark guitar sound, a fractured series of chords that sound as though they’re fighting with each other before they’re joined by those reed instruments again, a keyboard hum bonding the instruments together. There’s a moment when it becomes a little Music for 18 Musicians, but shifts quickly when some tribal drums erupt and kick the song in an entirely different direction. A frequent discussion at The Liminal is why western music always looks within itself for influence and inspiration when there’s an entire world of undiscovered music that could change its direction. While Lynch certainly isn’t the first to look to more distant cultures for influences, and he hasn’t completely removed his American indie roots, this embracing of a more alien lexicon makes for a refreshing listen. [RH]

Where Michael McGregor’s previous tape for European micro-label ExoTapes was two sides of very different influences, Tri-Coastal Horizons offers a more consistent and developed sound. The cover photograph features a damp set of coast defences, the solitary wall preventing the devastating encroachment of nature and though Meadowlands sound never reaches those destructive levels, it does concern itself with something like that boundary between the natural and unnatural world – the juxtaposition between ‘organic’ and ‘inorganic’ sounds. While this is a fertile source of inspiration for many acts at the moment, many of them fail to find the same level of joy or balance at this intersection as is on display here. The beats of ‘Mid-Flight’ are effortlessly smooth, flirting comfortably with the sampled snatches of conversation that babble underneath. ‘Black Sea Coast’ rattles, as if the pebbles on a shore are being bashed against those sea defenses pictures on the cover  while an oceanic but obviously man-made hum throbs in the background. The continual to-ing and fro-ing between the elements means one side never dominates the carefully constructed soundscape. And it’s McGregor’s tight control of these sounds that makes you come back time and again, revisiting each element and appreciating his skill. [RH]

Originally privately released in 1974, a year ahead of Manuel Göttsching’s Inventions For Electric Guitar, Schickert’s debut will always unavoidably draw comparisons with the work of the Ash Ra Tempel alumnus. Layers of looping and echoing guitar motifs make up the body of Samtvogel, but where contemporaneous kosmische experiments aim largely for a passive head trip, Schickert creates a disorientating space. The bendy notes and frantic mantras (is he saying “Stop it’s me / you bite my knee”?) of the opening ‘Apricot Brandy’ suggest a less than pleasant drinking experience. ‘Kriegsmaschinen, Fahrt Zur Hölle’ (‘War Machines, March To Hell’) sets up a juddering tank-like rhythm that alternately fades and intensifies over 17 minutes, punctuated by ghostly vocals. Though very much studio music, a product of careful and considered multi-tracking, the playing itself is intensely physical. Where Göttsching’s bouncing delay prefigures chill out dance/electronica, Schickert’s slashing attack here points more toward the malevolent psychedelia of Evol-era Sonic Youth. Though its follow-up Überfällig  – already reissued by Bureau B – may just have the edge, this is still an exceptional and highly recommended example of the darker side of German ‘cosmic’ music. [AB]

Legend has it that Brian Eno had a road to Damascus experience while at art school when he slowed down a recording he’d made of an anglepoise lamp being tapped with a pen, transforming its tinny clang to a rich, resonant bell. Such techniques have been a staple part of the sonic tinkerer’s arsenal since the invention of tape, and are the bedrock of Mark Templeton’s woozy, melancholic aesthetic. I’ve never taken ketamine but I suspect this is what it might sound like. Fragments of unidentifiable records are slowed, diced and looped into loping, locked-groove mantras, overlaid with spidery guitars and random wooden percussion. The result is strangely compelling, and not too far off in its ambiguous emotional punch from the kind of hazy patinas delivered by The Caretaker. [PM]

I so frequently laud and applaud Dalston’s Cafe Oto on The Liminal that it can be easy to forget that there’s another bastion of adventurous music located just around the corner in the form of The Vortex. Luckily, the venue’s unique charm is nicely captured on this delightful Anglo-French collaboration between saxophonist Colin Webster, guitarist Sheik Anorak and Mark Holub on drums. Like that other recent live jazz gem Spontaneous Combustion, by Decoy with Joe McPhee, on Languages… Holub, Anorak and Webster display tight interplay interwoven with blistering moments of high-octane improvisation. It’s a familiar, yet always thrilling, trope of improvised music: the first bars of opener ‘Il Fait Chaud’ see the trio feeling around each other with flutters of sax, sneaky drum rolls and a scattering of loose guitar chords, but as they find their feet, it builds up into a hectic head rush of supple musical conversations. Webster’s tone is actually not unlike McPhee’s, while Anorak tugs and rips chords and solos out of his guitar at breakneck speed, coming on like a less molten Sonny Sharrock circa Black Woman. With neat feeling they speed up, slow down, pitch up the volume or descend into near silence without dropping the flow of each track. Throughout, it’s clear how much fun they must have had in the process, which makesLanguages… one of the most entertaining live jazz outings out there. [JB]

Zs’ current incarnation as a trio of Sam Hillmer, Greg Fox and Patrick Higgins is a wiry, aggressive beast that manipulates the core elements (sax, percussion, guitar) at play on this 40-minute EP in truly gnarly fashion. At times, I was reminded of the drone-heavy math rock swirls on Tortoise’s Millions Now Living Will Never Die, except with that band’s precision replaced by a gloriously chaotic abundance of gristly electronics that serve as jarring segues between the endless temporal and stylistic shifts that dominate Grain. The EP is assembled, surging through barreling percussive rolls, sheets of skronking sax and dense clusters of drone and guitar manipulation. Zs don’t limit themselves to loudness or aggression, with several contemplative moments, where Hillmer’s delicate sax weaves around minimal percussion from Fox and heavily-treated guitar flutters by Higgins. At their best, these ever-shifting textures and movements bring to mind the best electroacoustic music of Robert Hampson’s Main or early Kevin Drumm. [JB]