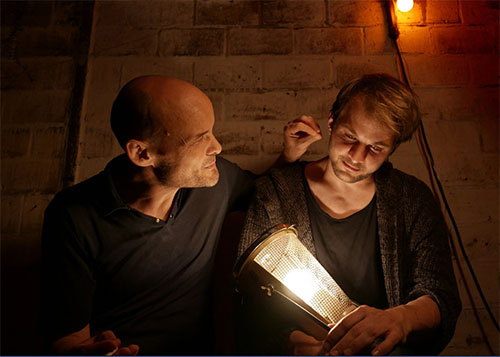 This is the second duet record Nils Frahm has made with guitarist and multi-instrumentalist F.S. Blumm, a musician who straddles free improv, avant rock and a whole bunch of other uncategorisable stuff with a playful, Dadaist sensibility. They’re a good fit. On his solo records, Frahm’s confections of Satie-esque minimalism and impressionism can come across as a little bloodless and over-polite at times; a bit like a slightly hipper version of Ludovico Einaudi. The presence of a slightly wild card like Blumm shakes things up a little. 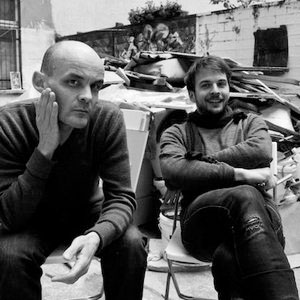 Like its predecessor Music for Lovers, Music versus Time, this is a collection of (mainly improvised) miniatures played live and then overdubbed, edited and tinkered with. Blumm sticks mainly to acoustic guitar. His playing is unsentimentally attractive, concise and somehow slightly anarchic, sometimes splintered into oblique fragments or tiny melodic shards by digital processing. Frahm doesn’t deviate much from his usual paths; limpid piano chording, gentle celeste ostinati and wispy curls of melody, but his lightness of touch and sense of space makes him a sympathetic partner.

The music is sketchy, sparse and provisional at first, seeming to become more substantial and defined as the album progresses – the closing ‘Ten’ feels like the most composed and arranged of the 15 pieces, but even then it takes some unexpected turns. At once wistful and playful, this is quietly surprising music, full of colour and space and played with sincerity and humour. They even cover Simon & Garfunkel halfway through.

The recording highlights the extraneous sounds of the session – the rustle of papers, the creaking of wood, the squeaking of fingers against nylon, the thud of piano and celeste keys and so on. Rolling marbles, windup toys and what sounds like someone unwrapping boiled sweets crop up throughout. Even when there’s some obvious post-processing going on, the listener’s still left with the impression that all this happened in a room in real time. The effect is to add intimacy, a real sense of place and a quietly unpredictable undertow to this gorgeous record.